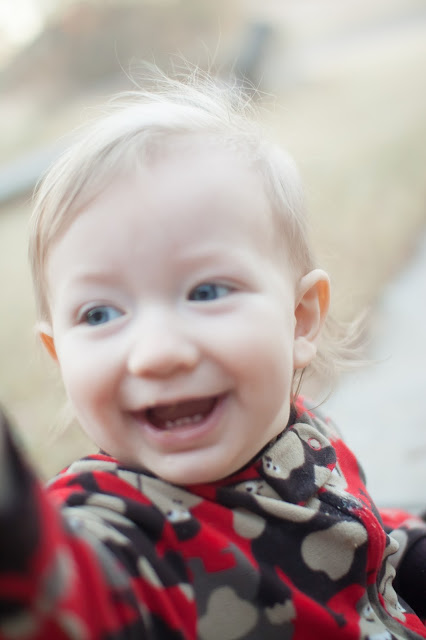 Yes, it's intentional that only his ear is focus.  Those are brand new ears.  Connor had surgery this morning to get tubes.

He was a little upset this morning when he didn't get to eat right when he woke up, but we were able to distract him.

We were in the waiting room at the surgical center and everyone just gravitated to him. All these older kids were hanging out with him and playing with him and all the adults loved him. When he was called back for pre-op, the nurse told one of us to stay in the waiting area unless we had a grandmother or someone else to watch the other kids.  We told her that the kids playing with him weren't ours!

He did really well pre-op, laughing and playing and he seemed like he wanted a surgical hat, so they got him one. Seriously...this kid was like sunshine.

Surgery was about 10 minutes. He was crying when waking up. Gave him his milk sippy and he spit it out. Tried to nurse and he latched for a minute and was done. Broke out the Teddy Grahams and kid went to TOWN. He was stuffing 4 or 5 in his mouth at a time. Then after eating some he was drinking his milk from the sippy.

Doc said there was some clear fluid in both ears (so I'm sure he would have gotten another ear infection in a matter of days after he finished the antibiotic he was on) and surgery went well and he was a perfect little patient.

He pigged out on Teddy Grahams on the way home that I put in a cup for him, cooed and ooed and was just a ray of sunshine. He started to get cranky once I got ready for work, so I nursed him to sleep. He woke after a couple minutes and then went back to sleep on Jeremy just as I was leaving. 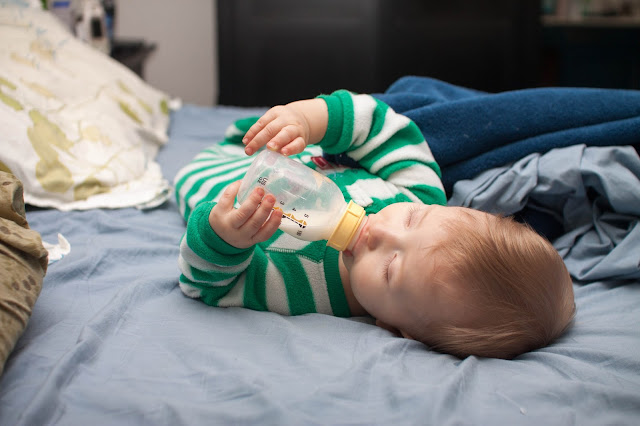