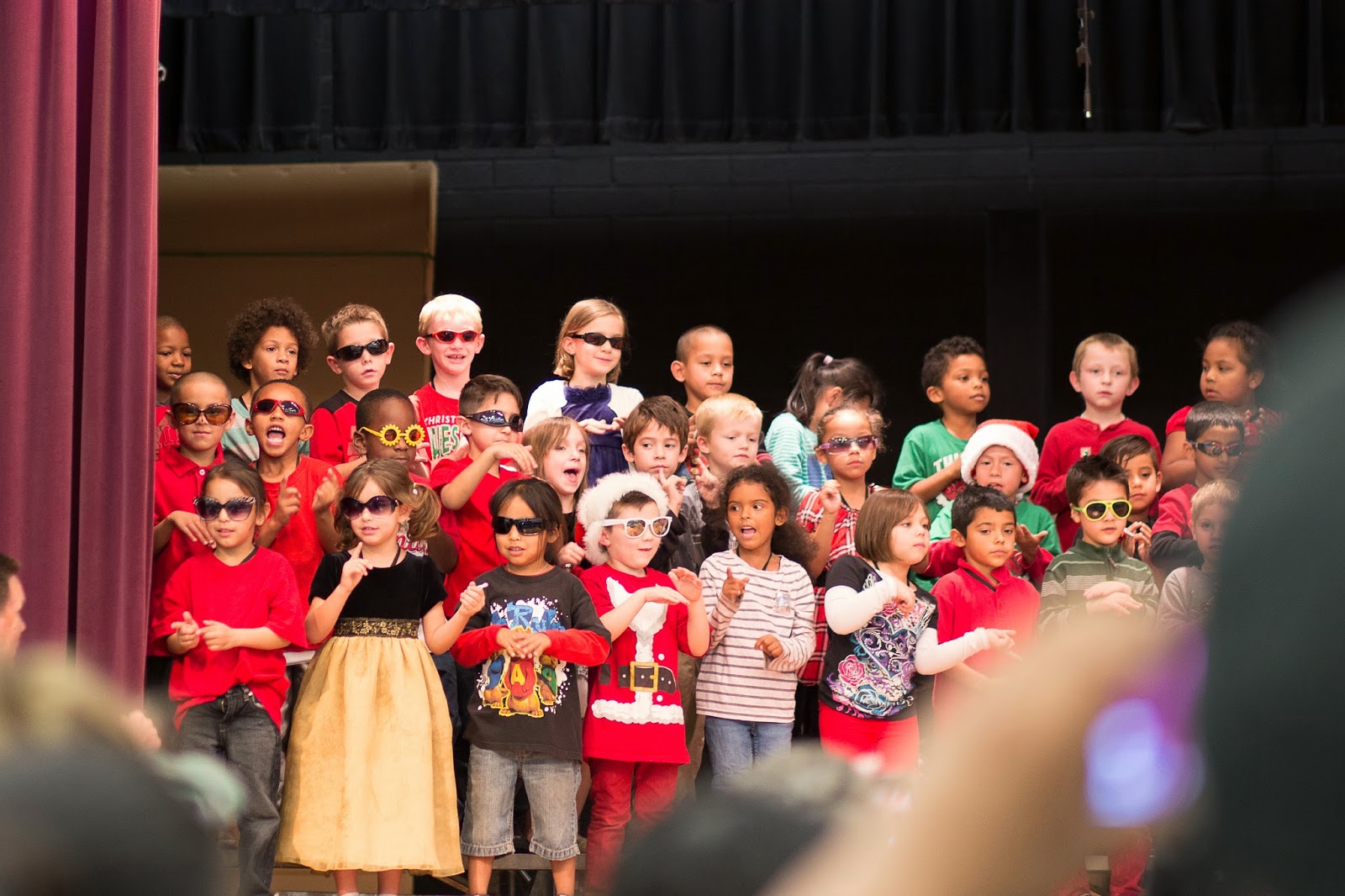 Kindergarteners doing the "Santa Claus Rap" at the holiday concert.  Logan's is the tall one with the red glasses.  He is apparently one of the tallest kids in Kindergarten.  We thought he was about average when saw a large group of kids come in that were his height.  It turned out that they were second graders there to watch. 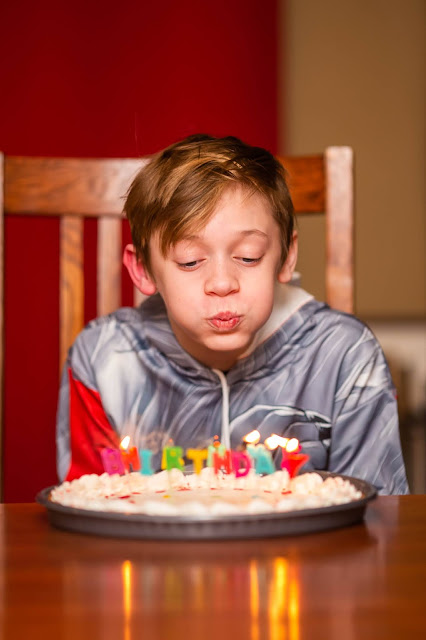